The Institute of Chemical Sciences was established in May 1945 on the basis of the chemical laboratories of the Chemical Metallurgical Institute (Resolution by SNK of KazSSR of December 6, 1944 No. 689). In 1946 it joined the organized Kazakh Academy of Sciences of the Kazakh SSR.

By decree of the Presidium of the Supreme Soviet of the USSR dated March 13, 1969, the Institute was awarded the Order of the Red Banner of Labor for achievements in the development of science and the training of highly qualified personnel. 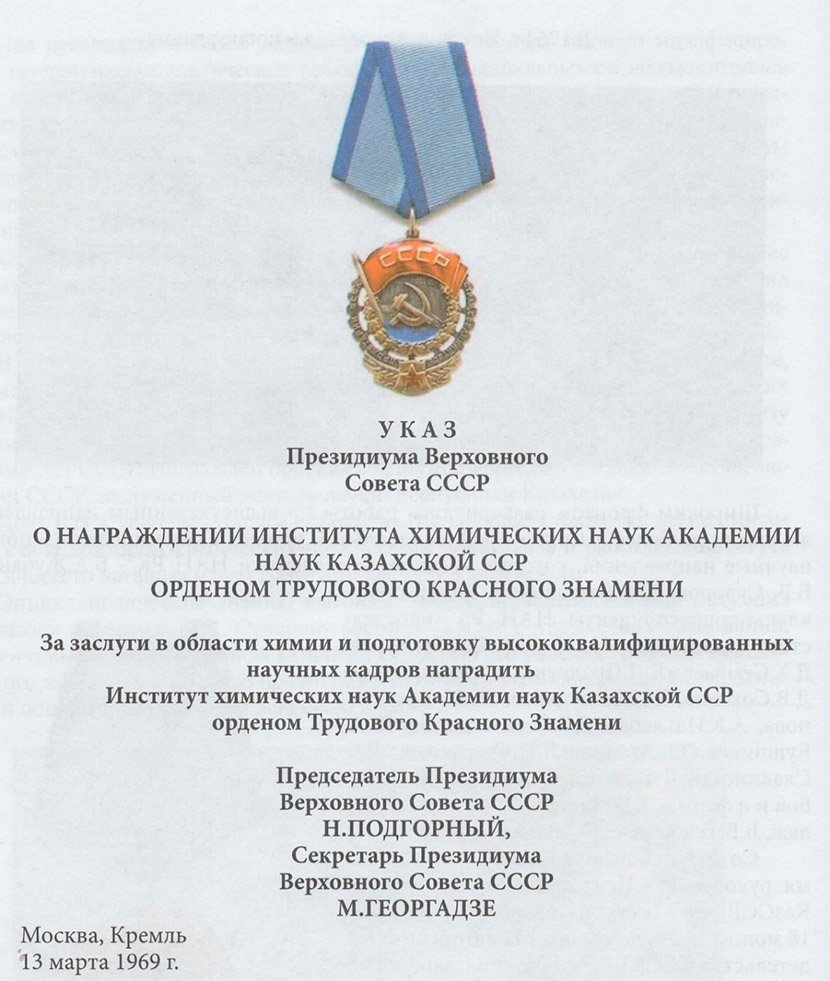 In the period from 1999 to 2009, the Institute functioned in the form of the republican state-owned enterprise and subsidiary state enterprise on the basis of economic management.

Subsequently, in accordance with the decision of the Fund’s Management Board dated November 19, 2009, 100% of the Institute’s shares were transferred as payment for the shares of «NC KazMunaiGas» JSC . By decision of the Board of Directors of «NC KazMunayGas» JSC dated September 27, 2010, 100% of the Institute’s shares were transferred to pay for the shares of Kazakh-British Technical University JSC (hereinafter – KBTU).